Dan: Not good, knew it would be bad when it said “white beer brew with spices”.
Hill: The bottle graphics kinda sucked and normally not a huge Belgian white fan but this stuff was actually good. I guess two wrongs make a right.
Brandon: Normally you won’t hear me complain about beer, but this stuff smells like a dirty sock. Didn’t taste to terrible but I wouldn’t drink it again. Also wasn’t a big fan of having to “gently rouse the yeast” from the bottom of the bottle.
Damasso: So it seems like hating on some GOOD beer is the thing to do around here! HA! So what if the design looks like a publishing co logo! Its ALLAGASH!! So good I had some for breakfast this morning!
Dustin: This has got to be the worst beer so far. Worst taste, worst design, and worst name.
Chris: Probably the worst one so far... Made for a horrible five o'clock friday. Thanks for the shitty beer Damasso! pahahaha
Raul: +1 for being an actual product. -2 for packaging. Total score = who cares I don't drink beer ;D.
Myles: Can't say I was digging the taste on this one. Very yeasty, had to swirl it around a bit. Just a bitter after taste, no bueno. 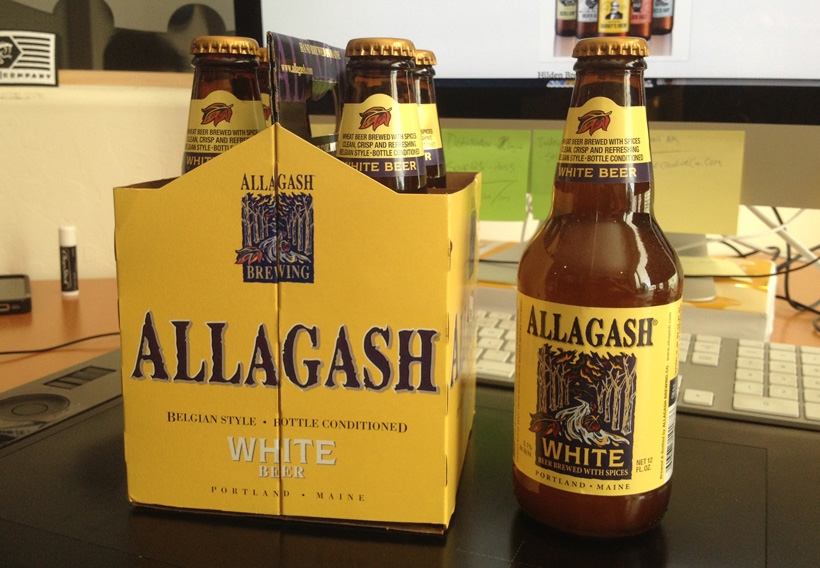